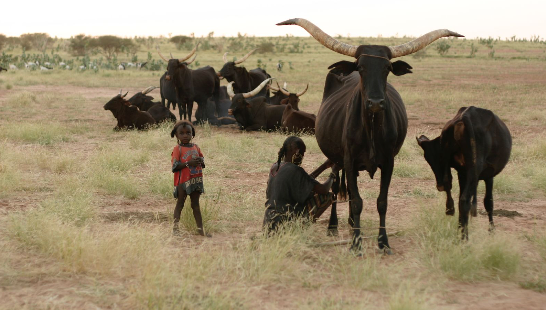 Year-to-year decreases in rainfall have caused a 60% grain deficit, a 50-80% loss of livestock due to diminished pasturelands, and an underground water deficit of over 142,812 tons. Hence, satisfying nutritional needs has become increasingly difficult due to unreliable and unaffordable access to grain supplies and other supplemental foodstuff as well as insufficient animal production, most particularly milk that in “normal” times constitutes the food base and principal source of revenue for households. 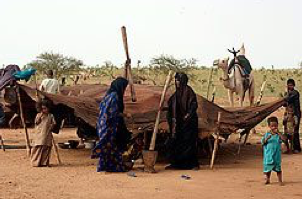 Due to food insufficiency, 85% of the households in the Azawak consume nothing except for a small quantity of milk at least seven days per month. Food insecurity is exacerbated during the nine to twelve month dry season when milk yields are particularly low because livestock herds themselves suffer from dehydration and starvation, thereby making them less productive. 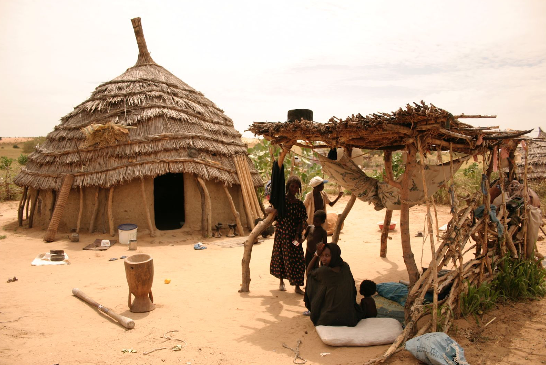 The dramatic losses of livestock have forced many nomadic pastoralists to either immigrate elsewhere, thereby becoming “climate refugees”, with the hope to find economic opportunities in cities in and outside of Niger. Others have become sedentary farmers for the first time in their population’s history — an alarming fact given that herding tends to be a more reliable source of food security than farming, particularly in such an arid area where water for growing food is scarcely available.

Due to food insufficiency, 85% of the households in the Azawak consume nothing except for a small quantity of milk at least seven days per month

The dramatic losses of livestock have forced many nomadic pastoralists to either immigrate elsewhere, thereby becoming “climate refugees”