Fatimatou, 22, lives in the village of Tangarwashane in the Azawak of Niger. She has two children, a 6-year-old girl, Famatou, and a 4-year-old boy, Ghabdou. Fatimatou married at age 14, conceived her first child that year, and suffered many health problems during pregnancy. Her health deteriorated during delivery due to eclampsia. Her husband, without the means to take her to a hospital to see a specialist, enlisted the help of traditional healers. Since then, multiple health and personal crises turned her life upside down.

During her second pregnancy, Fatimatou’s husband divorced her to marry another woman in a nearby village, leaving Fatima alone to fend for their children. Four years later, he returned to take the children, claiming she did not have the means to feed them. He refused to let them see their mom.

Fatima was devastated. She felt she had no value to those around her, except her parents. This state of depression exacerbated her health issues. She suffered from seizures.

In July 2017, Fatimatou received three goats through Amman Imman’s HERds project. According to her, since the day she received her goats, the inhabitants of her village have treated her with more respect. Currently, all 3 of her goats have had babies, and two are pregnant again. Thanks to the milk produced by the goats, her children recently spent nearly 6 weeks with her.

Fatimatou is so happy to see her children grow up. She is determined to help them become independent and respectable adults. She especially does not want her daughter to suffer the same fate. With that in mind, when her goats multiply she plans to sell some of them in order to buy clothes and food for her children. In addition, she states that she will insist that her ex-husband enroll the children in school. In regards to her health, she notices a sharp decrease in the frequency of her seizures (the last one goes back to 5 months). She wants to earn more money from her breeding ruminants so that she can go for in-depth checkups and get treated by a health specialist. 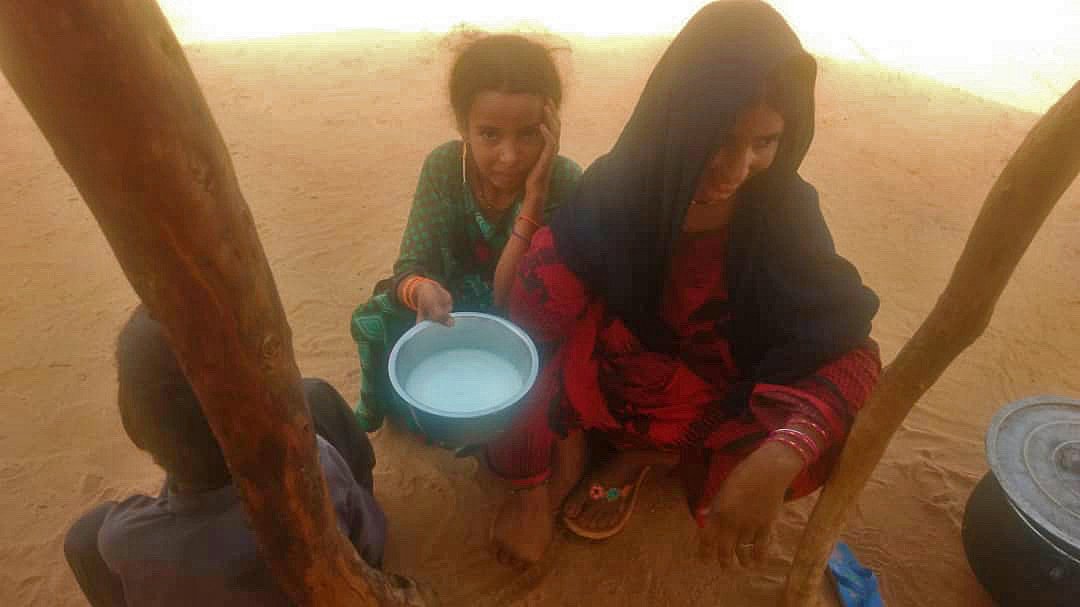