In September 2005 Amman Imman founder and Executive Director Ariane Kirtley began her work in the pastoral region of the Azawak, Niger as a Fulbright Scholar conducting public health research.  There, she witnessed children traveling up to 30 miles a day searching for water, often in vain. She met with families who had spent their life resources hand digging over 300 feet into the ground, yet never reaching water despite the many years of labor.  She spoke with fathers who had lost their traditional way of life as herders because the rainfall had dwindled from five months to one month annually in just a decade, all of whose animals had perished from thirst and hunger. Her research indicated that among the regions 500,000 inhabitants one out of two children die before the age of five, mostly due to dehydration and water-related illnesses.

Perhaps even more alarming than their distressing living conditions, the communities of the Azawak were receiving little or no assistance from the rest of the world to help them adapt and survive.  Yet to Ariane, their need was so simple and obvious: every mother, father, child, and local government official she talked with asked for her help in bringing water to their land. Seeing this as the responsibility of experienced development organizations, she set out to bring the plight of the Azawak to their attention and to request their assistance.

The organizations she pursued did not respond favorably. Ariane heard excuses for not working in the region.  It was too poor. There was no infrastructure. At the same time, Ariane had a profound and moving experience: there were several new deaths within her new community of friends due to the encroaching dry season and the profound lack of water.  Yet, there was water in a huge aquifer just beneath her feet, plenty of it – and it was pure and sweet water. But there was a major obstacle, the water source lay at a minimum depth of 600 feet and it was not just under the sand; there was also solid African bedrock to drill through. Undaunted, Ariane was determined to bring water to these great and ancient people.  But not only would it take money, it would also require the courage and skill know-how of many different people. So, with the untiring help and encouragement of loved ones –primarily Ariane’s father, Michael Kirtley; husband, Denis Gontero; and dear friend, Dennis Hamilton, Amman Imman : Water is Life was founded in February 2006. Upon hearing of the Azawaks beauty and calamity, a generous donor provided seed money for Amman Imman to begin operations drilling water wells in the Azawak. 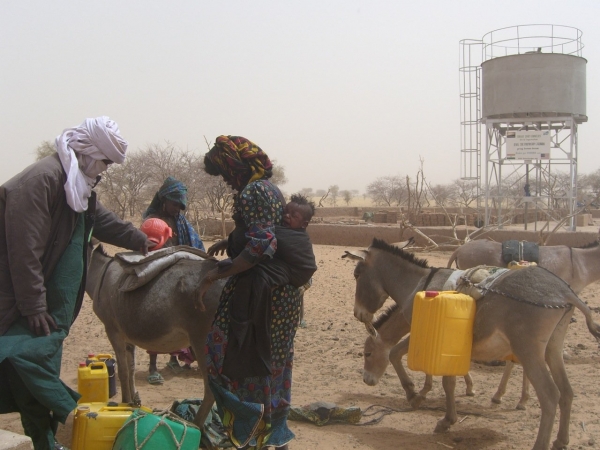 For the first four years of existence, Amman Imman: Water is Life operated as the humanitarian program of the American nonprofit, The Friendship Caravan.

Amman Imman’s first successful project was to construct a water bearing borehole for 25,000 people and animals in the village of Tangarwashane in early 2007.  The organization also the instigated the construction of the borehole of Tchinwagari, built by UNICEF in 2008. After construction of these wells, program personnel provided extensive follow up and guidance in order to ascertain proper management and sustainability of the boreholes. 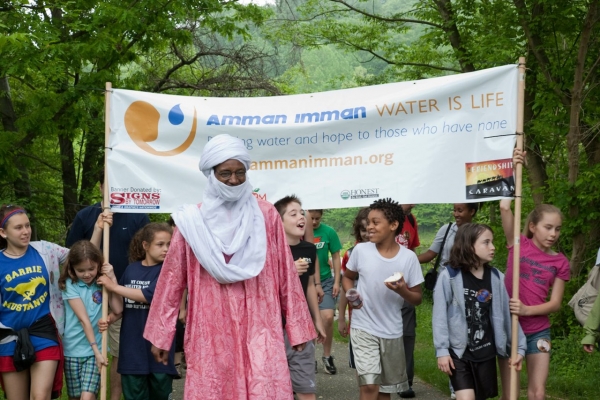 In the United States under the Friendship Caravan, Amman Imman established administrative, fundraising, and awareness-raising structures. The organization grew to have its own office and small staff as well as a blossoming service learning program entitled Wells of Love, directed by Amman Imman’s current Associate Director, Debra Kahn,

Amman Imman developed a large network of Wells of Love schools around the world supporting the Azawak, with an army of loving and passionate students coined “Heroes of Compassion”.

In early 2010, Amman Imman: Water is Life separated from the Friendship Caravan to become an independent 501c3 organization.  With the help of Montessori students worldwide, the Kijigari Well of Love, dedicated to late and beloved friend Dennis Hamilton, was built. This borehole, finished in June 2010, provides clean and abundant water for the 6,000 people in the village and the 20,000 people and animals living in its proximity (numbers can reach up to 35,000 in the dry season). Amman Imman continues to provide follow-up management, training and supervision in both Tangarwashane and Kijigari.

Amman Imman: Water is Life Today and its Vision for the Future 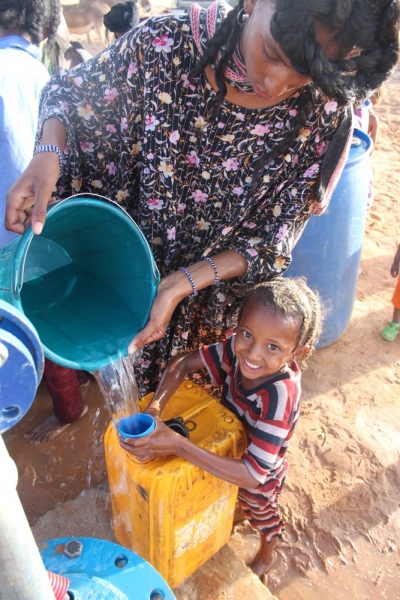 As Amman Imman: Water is Life has proceeded to bring water to communities in the Azawak of West Africa, the organization’s vision has widened.  We plan on creating fifty or more boreholes across the region, so that there are clean and sustainable water sources at least every 12 to 18 miles. Life there begins and ends with water or the lack thereof.  With Amman Imman’s construction of water-bearing boreholes, other forms of development, such as schools, health clinics, opportunities for commerce, appropriate agricultural and livestock technologies and environmental protection programs, have been implemented. Building upon the accomplishments in our current borehole villages, Amman Imman intends to continue strengthening communities in partnership with the inhabitants.

Through the provision of sustainable and permanent water sources and accompanying development activities, Amman Imman will continue saving thousands of lives and providing hope to the half-million people of the Azawak region.  Once Amman Imman is successful in planting firmly rooted “Oases of Life” throughout the Azawak, we will seek out other abandoned and extremely vulnerable populations of the world to help establish stability, life, and hope in these communities.

12
Page load link
We use cookies on our website to give you the most relevant experience by remembering your preferences and repeat visits. By clicking “Accept”, you consent to the use of ALL the cookies. We also use Google Fonts. Please ready our Privacy Policy to understand all of our policies.
Do not sell my personal information.
Cookie SettingsAcceptPrivacy Policy
Manage consent