Since 2006, we have increased climate resiliency, particularly among women and youth, by implementing activities in the fields of WASH (Water, Sanitation and Hygiene), health, education, economic security and environmental protection. To date, we have supported over 56 communities, comprising over 130,000 people. 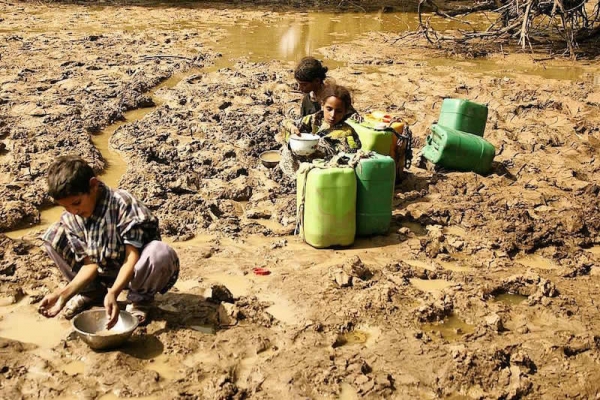 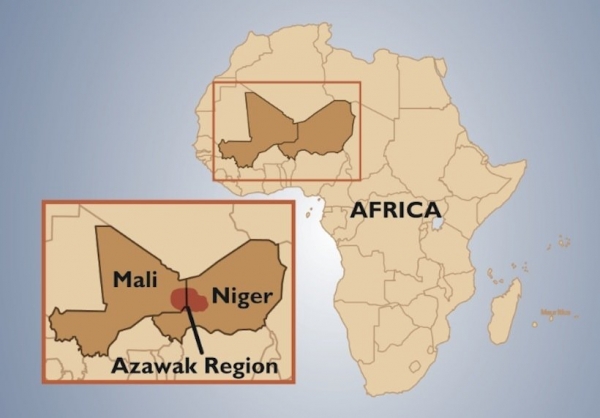 Since its inception in 2006, Amman Imman (AI) has worked against harrowing odds as the pioneer organization committed to saving lives among the half million Tuareg and Wodaabe pastoral nomads inhabiting the Azawak of West Africa.

Once one of Africa’s most lush pastoral lands, this Florida-sized desert valley has become the most forsaken region of Niger and Mali, among the poorest countries on Earth. Unremitting drought has dried up above ground and shallow underground sources of water. Before the arrival of Amman Imman (and still in many parts of the Azawak today) children used to walk up to 30 miles round trip for just a bucket of water after waiting in line for up to two days. Food shortage and disease are endemic, and half the children die before reaching the age of five, often of thirst.

In just a short time of operation, AI has reversed this tendency and brought sustainable improvement to the lives of tens of thousands of people through the creation of “Oases of Life”. These points of civilization begin with the construction of 600 foot deep borehole wells, and to date serve more than 100,000 people and animals. Once a borehole has been built, AI conducts skills training among adults and youth, reforestation, sanitation, food security programs, and women’s empowerment projects. AI also builds schools and gardens, and launches health initiatives that focus on vaccination campaigns, malaria prevention, reproductive health, and health education whereby traditional healers work alongside local nurses and health workers to ensure long-lived community health improvements. AI partners with the government and encourages other organizations to support the communities it works with.

Youth as instigators for change 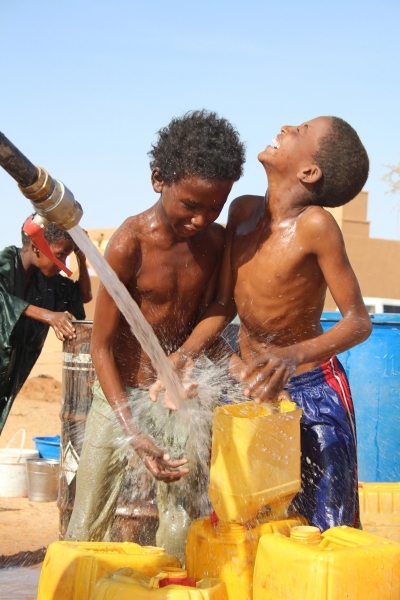 AI recognizes that creating sustainable change at an international level depends on forming future leaders. By fostering cross-cultural respect and solidarity among schoolchildren through its Wells of Love program, AI provides a foundation of experiences that prepare students as global citizens. Over 150 schools in six nations have joined this international service effort that encourages students to reach out in friendship and partnership with their young counterparts in Africa. AI also offers teacher’s guides, student educational materials, and proposes activities that teach not only about indigenous cultures, but also about global issues such as water conservation, women empowerment, international health topics, deforestation, climate change and desertification. Through the connection that they make with students worldwide, the children that we help in Africa learn that they too are powerful and capable of making a difference in their communities.

AI has already helped save and improve lives of over 100,000 indigenous peoples thanks to financial contributions of private donors of all ages, grants from foundations such the Vibrant Village Foundation, the Prem Rawat Foundation, Dining for Women and corporations including Cadbury Schweppes and Honest Tea. AI has also gained support from several public figures, including actress/activist Mia Farrow, talk show host Montel Williams, Earth Day Network president Kathleen Rogers, environmental activist Richard Cizik, Niger Minister of Secondary Education Aichatou Bety, US ambassador to Niger Bisa Williams, author Jean Houston, and supermodel Kewe Mar. The books “Changing People’s Lives” and “The Wizard of Us” feature AI’s work. AI leadership has appeared  regularly in the news, including on France24 TV, Radio France International and the Weather Channel. Several songs have been written, and articles about AI have appeared in publications including numerous Yale University magazines, Newsweek, Montessori Today, and Africa International.

Amman Imman believes that its work among indigenous populations is a fight to preserve our vanishing world heritage. If a culture is allowed to disappear through neglect or oppression, humanity will lose an irreplaceable treasure. We also believe that our ongoing engagement with youthful future leaders and global change-makers will help build a more positive world for tomorrow.

Importance of Amman Imman as a bulwark against extremism

Our holistic approach helps convey a message of friendship with the Muslim world. In this  period  of increased instability brought on by poverty, radicalization, and spillover from the Arab Spring, we believe we offer positive solutions against the rise of extremism. Rarely do the populations of the Sahel have other opportunities to experience a hand of solidarity directly from the Western World. Amman Imman gives them this opportunity and places special emphasis on youth, who are very susceptible to negative influences. We help young people understand their intrinsic worth, and empower them as forces of positive evolution in their communities and beyond.